*A huge thanks to dstringham for a large portion of this research and for the photo of the chapel interior.

The Ogden Deaf Branch (formerly the “L.D.S. Branch for the Deaf,” which it was called until the 1940s and is still on the identification plaque on the front wall of the building, lower left) met in this building until January 1999. Petition was made to the First Presidency in 1911/1912 to construct the building at a cost of $15,000; well-known Prairie School architect Leslie Hodgson was contracted to design the building.

Construction on the building began in 1915 following the First Presidency’s approval in January and was completed in December 1916/January 1917. The building was dedicated 14 January 1917 by President Joseph F. Smith and attended by Anthon H. Lund and several Church apostles. On 4 February 1917, the L.D.S. Branch for the Deaf was organized under the direction of President Thomas B. Evans of the Ogden Stake with Max W. Woodbury, a teacher at the Utah School for the Deaf and the superintended of the Deaf Sunday School, as its first branch president. President Woodbury served for fifty-one years, the longest serving branch president in the history of the Church.

The rostrum and elevation of the chapel are uniquely designed to leverage the visual needs of Deaf congregants. The floor is sloped to allow successive rows to see the speaker and the pulpit is situated in the middle of the rostrum with seating to the sides (but not behind) of the pulpit to enable leaders to view the signing of speakers. The basement classrooms were all designed to have light switches both inside (to control interior lighting) and outside (to signal students) of the rooms.

The building is located a block and half southwest of the (old) campus of the Utah School for the Deaf. When the School relocated to Ogden in 1896, Deaf students and local Deaf parishioners attended Sunday School services in the Ogden Fourth Ward gymnasium—rain, shine, and cold—until 1917. Plans for an addition to extend the Deaf Branch building to the north were accepted in February 1948 at a cost of $26,500, ground broken in October 1949, completed sometime in Autumn 1950, and dedicated by Presiding Bishop LeGrand Richards on 9 Dec 1951.

To maintain religious education for its deaf members, an addition is being constructed on the chapel for the deaf branch in Ogden. Brick work is now near completion on the $30,000 project which will include an amusement hall, stage, kitchen, banquet hall, Relief Society room, officer’s room, and rest rooms. Improvements will also be made in the original structure. Actual work began in October. (07 Dec 1949 Deseret News)

The Church has provided religious facilities for its deaf members in Ogden since 1896 when they began Sunday School services. These meetings were held in the Old Fourth Ward chapel. They continued to conduct meeting there until 1916 when the building they now use was erected. 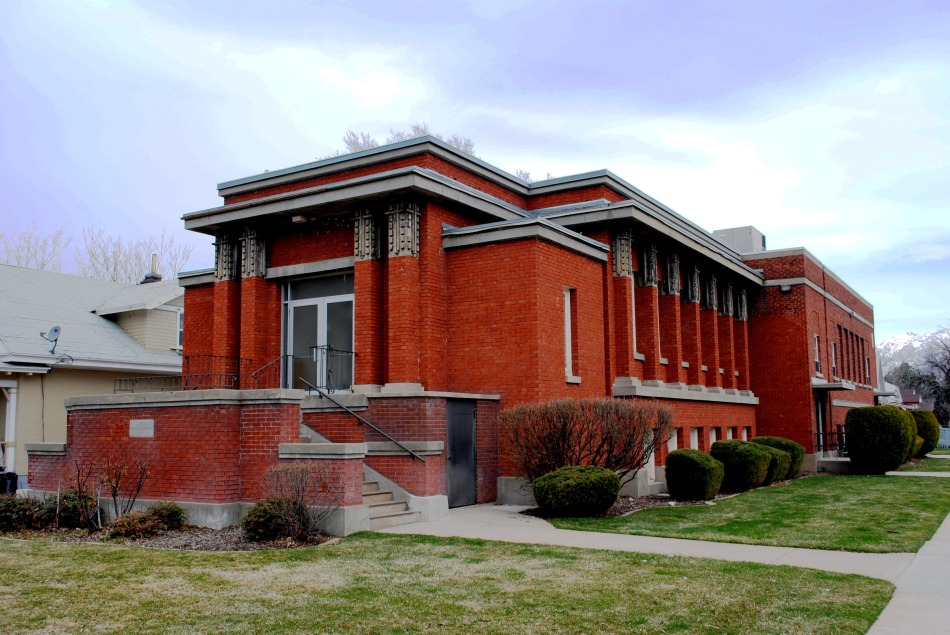